Attempting a thru-bike of the Appalachian Trail, planning around the virus for the next year or two

As you probably can tell from the title and other pics, I’m planning on hiking the Appalachian Trail. I had originally attempted to do a major section hike several years ago in response to needing to get out of Montana for a bit after a divorce that happened a year previously. I was supposed to hike from Harpers Ferry, WV up to mid Vermont. At the time I was also somewhat new to a vegan lifestyle so I struggled with keeping myself fueled up during the hike.

Anyway, due to finding a new job that paid much more at the time, I cut the hike short and only completed the Maryland section. I had such a good experience despite my energy issue that I’ve been daydreaming coming back on the trail and simply do a full through hike of around 2,170 miles. I’ve recently left the job due to having issues dealing with the stress of the job and had to move quickly to my family in Alabama, which luckily happened to be before the pandemic really started. I’m now working on securing an income and have been slowly adjusting to the new location and the excess free time.

I have been slowly switching out my backpacking equipments for a better setup. Now I’m very nearly done and only need to replace one or two major component (quilt and possibly pad if I still have issues packing it right) and then the backpacking kit would be all set and ready for the through hike! I am actually strongly considering starting at the Flagg Mountain in Alabama to start off with the Pinhoti trail full through hike and then continue on the Benton MacKaye Trail to get to the top of the Springer Mountain in GA to officially start my NoBo Appalachian Trail hike. I would probably miss the approach trail due to this unless I want to spend a zero at a hostel or hotel nearby to rest (which I’m considering).

My current goal for this year is to hike a shorter but still over 300 miles long trail called the Pinhoti Trail (while maintaining social distance) and also to lose nearly 50 lbs so I can get below 180 lbs (currently just over 220 lb). I intend to start cycling everyday but it’s currently a challenge to get to the point of enjoying the exhaustion heh.

I should be producing videos on different segments of my backpacking kit soon as practices. Hopefully I can start hiking short portions of the Pinhoti trail soon with my Sony A6000 to test and practice the whole videoing and photographing stuff on the trail. I am also currently sleeping on my camping sleep system full time as a way to keep myself focused and to test these equipments out. I will be doing similar things for nearly everything else related to camping, cycling, and more. 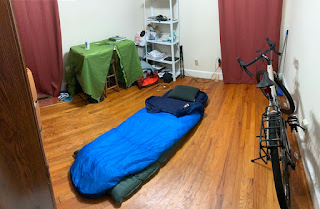 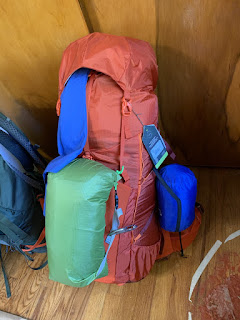