I've known for a long time that I have an addictive personality. I'm sure there's some deep rooted cause behind that but in any case, this means it's a struggle for me to concentrate on my actual goals. I have a whole list of stuff that I dream of doing and quite frankly, it's extremely affordable compared to many other people's bucket list. But couple my addictiveness with some anxiety and communication barrier (as I'm deaf), I've been shying away from actually moving forward with my dreams.

I've always struggled with alcohols but thankfully I'm not the type to aim for blackout drunk most of the time. I've always been addicted to the internet since early teen years and much worse since high school. I tend to have an extreme one track mind whenever I encounter a new thing of interest.

All that combined makes it difficult for me to get in shape, to not obsess over things online, drains my money some to spend on electronics and alcohols, and the like.

I still drinks. But I kind of have my family here to help and it haven't been too bad so far. Internet addiction is my current issue and since I've moved to Alabama from Philly in the start of the year and then all the virus issues interfered with my plans, I kind of withdrew into the internet world and then allowed the political and civil right issues overwhelm me for a good while. Unfortunately that tempted me to drink more and more.

I decided to take a digital media break for a full month a short while ago and noticed how much mental clarity I've taken back. Unfortunately I've felt lonely. Remember, I'm deaf. So I depends on using America Sign Language and have missed conversing with people in what's essentially my native language. So I've gone back to Facebook and all the rest of my social media accounts. I've tried to wrangle them to only focus on the things I wish to pursue and the deaf communities online. Unfortunately I went straight back to obsessing with online crap. I've recognized that and tried to manage that for a couple weeks. I've failed.

So I forced myself to actually completely delete all but a few of my social media instead of merely deactivating. I've deleted SnapChat, Instagram (hence why all my photo posts on this site dissapeared), Twitter, and more. Even for things like Tinder, IFTTT, and more. I've also left quite a few servers on Discord. I'm considering just selling my fitbit watch and WaHoo bike sensors since I wouldn't really be sharing my progress with people anyway and I'm only interested in recording my routes only. So I only need to bring my phone along but without actually needing to watch any screen or respond to any notifications immediately.

I now only interact with a single server on Discord that actually was established by the couple that inspired my dream of living out of a camper so that's definitely beneficial for my dream.

I still have my Facebook account but I have removed their apps from my phone, iPad, and laptop. The only exception is the messenger app on my phone and that's purely for until I've sold off a few of the higher ticket items I have listed on the marketplace (craigslist and the like around here is overwhelming full of scams). Once I'm done selling those few items, I'm considering just deleting my Facebook account completely. I've joined a few deaf groups on there but just haven't really felt very involved at all for a while now.

That's all the online stuff. I'm also making progress at simplifying my home setup regarding electronics and minimalism.

I've sold my propriety and found an old android based eink reader for $4 so I wouldn't need a propriety account to even read free ebooks from sites outside of company's control (I've hacked the Nook so I don't even have to deal with Barnes and Noble ads and whatnot). I switched to a basic android phone and sold my iPhone XS Max. I've switched to a fitbit and sold my apple watch (and now I'm considering selling the fitbit). Etc...

I've built a pretty decent PC tower because my laptop was dealing with some glitches and I thought I could benefit from having a sufficiently powerful system for digital art (3d modelling, graphic designs, etc...) and programmings/app development (arduino, Unity, etc...) and maybe a little gaming. Unfortunately I've only really used the pc for gaming as I ended up not being able to justify the cost of this PC. I tried one last time to fix my laptop and finally figured out that I needed a beta graphical driver to stop all the glitches that were interfering with my day to day use of the laptop. And once that got fixed, I was pretty impressed with how powerful the laptop actually were considering the cost (it was on sale for a touch under $300 and I upgraded the ram to 32GB). I'm now listing the PC up for sale and hoping to at least break even on the cost of building the PC tower.

Right now, I'm hoping to limit my electronics to just my camera, cheap android phone, iPad Pro (never getting rid of this one tho), Nook ereader, and a laptop. This limit would only help me out once I've found a camper to live out in and once I'm able to start going on long backpacking trips. This also serves to assist me with reducing my internet addiction.

I do have one last internet addiction of sort left to fix which is a particular site that writes a lot of superhero stories and I rather like how fanfictions rehashes these stories a lot. But it's getting to be a bit much so I'm trying to use my Nook to break that addiction and focus more on actual long stories and actual ebooks rather than multiple episodic short stories.

I guess this is a good overview of my addictions that I'm trying to deal with and what I've done so far. Hopefully this explains some of my approach to the future blog posts on this site and why I'm trying hard to be off all social medias. I do have a Blogger app on my phone so I should be able to write up posts without too much distractions. I'm not always the best blogger (some of y'all knows how often I tried to attempt doing this in the past) but I'll try. And frankly, with being off all the social media, my mind feels a lot better and I think it'll be easier for me to actually make contents for the site.

However, I can't focus on monetization (sort of anti-capitalism) and I'm kind of anti-branding when it comes to products. So it'll be interesting trying to keep that in mind when I make more contents. Likely I'll document my attempts to prepare for a nomadic lifestyle and learning all sort of stuff. Including things like cooking new recipes, renovating a camper, truck repairs, etc...

at October 08, 2020
Email ThisBlogThis!Share to TwitterShare to FacebookShare to Pinterest 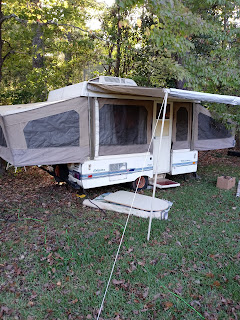